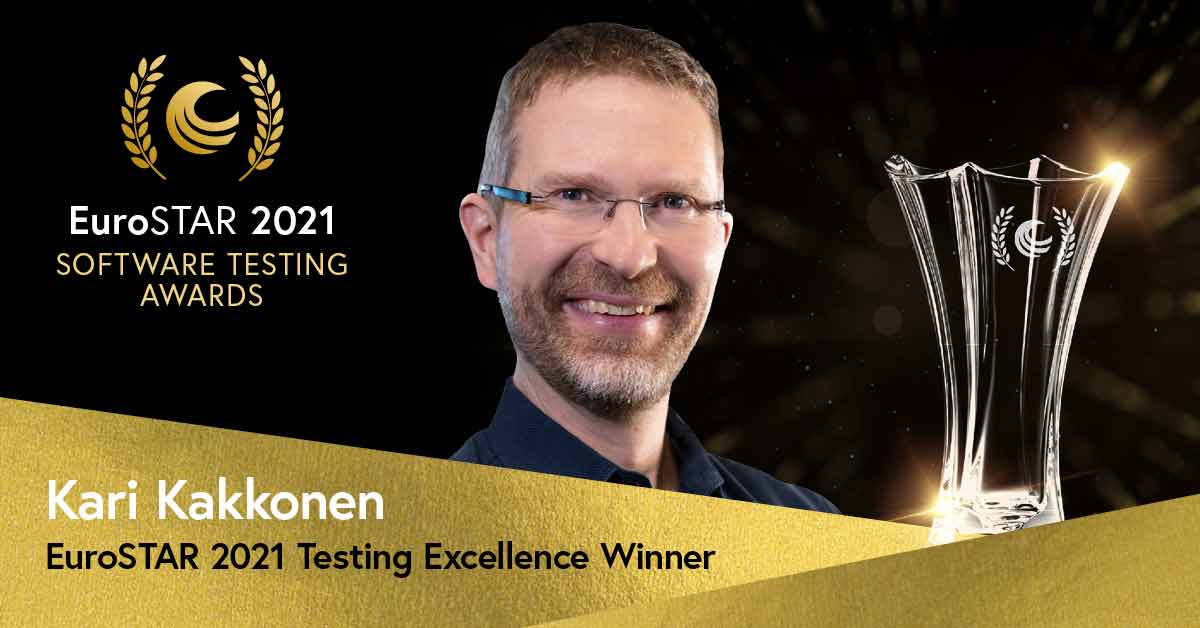 Europe's largest software testing conference, EuroSTAR, was held from the 28th to 30th September 2021. Knowit´s Kari Kakkonen won the EuroSTAR European Testing Excellence Award given out each year in conjunction with the conference.

The EuroSTAR Software Testing Award is the highest honour bestowed by the testing community. The award highlights the outstanding achievements by exceptional individuals in software testing. It recognises the people who have most influenced other testing professionals i.e. exceptional colleagues, mentors and coaches. Peers nominate those who continually keep giving to the testing community.
About the winner:

Kari Kakkonen is one of the most sought for agile testing trainers and consultants in Finland and abroad, and has particular skill in getting his audience to understand the software testing concepts and getting people inspired to thrive for better in their work.

Kari is Treasurer of Finnish Software Testing Board FiSTB (fistb.fi), ISTQB Executive Committee member 2015-2021 (istqb.org), board member of Finnish Association of Software Testers (testausosy.fi), former auditor of Robot Framework Foundation (robotframework.org/foundation), and member of Agile Finland (agile.fi). He has been included in Finnish IT Week (Tietoviikko) -magazine’s 100 most influential people in IT 2010 –listing.

Kari also published a software testing book for children and adults called Dragons Out a while back. Now it is available in English as well. The book explains software testing in plain terms using an analogy to a full-blown fantasy story, featuring dragons, knights and children who grow into knights.
Jaa
Sulje